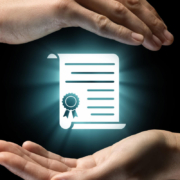 Over six hours, teams from across the country will work on improving the design, functionality and processes of four critical applications.

The General Services Administration is holding its first multicity hackathon June 19, putting up $20,000 in cash prizes for working ideas to improve four of the agency’s most-used applications.

“By bringing people from the outside with no affiliation, just pure skillsets, with a very brief background on what we’re trying to achieve, I hope to be able to get out of it ideas that we wouldn’t normally come up with—better than what we’d normally come up with—in a shorter period of time and for less money,” said GSA Chief Data Officer Kris Rowley, who is leading the hackathon in his role as acting chief technology officer.

The team received a handful of submissions from across GSA and ended up choosing four apps for the hackathon: the IT service help desk, the Acquisition Gateway, the Human Resources Links system and the Federal Real Property Profile management system.

Near the end of the day, before 4 p.m., the various projects will go before a panel of judges, with a $2,500 winner in each of the four groups. That final four will then compete for a top prize of $10,000, judged by Federal Chief Information Officer Suzette Kent and a senior leader from the U.S. Digital Service.

Currently, the plan is to hold simultaneous hackathons at eight cities across the country, including D.C., San Francisco, Kansas City, Chicago, Philadelphia, New York, Boston and Fort Worth, Texas. However, if participation is low or nonexistent for any of those locations, the team says they’re prepared to adjust.

Rowley said he expects the biggest participation will be in D.C., where GSA has held five hackathons since 2015.

“The folks in town know what’s going on, know the type of work being proposed, know the right people to send,” he said.

The right people are “coders or programmers that know how to take a business problem and make it a very smooth, easy process,” Rowley said. “And then also customer design experts who know how to design websites and design capabilities so that when I go in it’s visually appealing to me.”

As of Friday, the event had about 70 participants signed up, though the team hopes to get at least 100 before registration closes on June 12.

While there will be distinct winners on the day, Rowley said GSA plans to use all viable ideas that come out of the hackathon.

“We take all of the products that come out of this event and look for ways to insert them as minimum viable products, as starting points for future development activities for these applications,” he said. “Whether it’s the code itself or whether it’s a design or whether it’s an improvement to the business workflow, there’s lots of different nuggets we can pull out of this and insert right into our daily operation

Want to join the discussion?
Feel free to contribute!