The federal government’s long-running progress on improving employee engagement at agencies and departments has essentially stalled, concluded officials at the nonprofit Partnership for Public Service in its annual “Best Places to Work in the Federal Government” report released Wednesday. The findings were prepared in collaboration with the Boston Consulting Group.

Although the Office of Personnel Management announced in October that engagement across government increased slightly in 2018, according to the results of its Federal Employee Viewpoint Survey, the Partnership found that at a majority of agencies, employee engagement actually fell.

Using its own weighted average to FEVS questions, the Partnership found that engagement declined at 59 percent of federal agencies and departments, compared to only 40 percent of agencies where scores improved. The remaining agencies saw no change. Last year, more than 70 percent of agencies saw gains in their engagement scores over 2016. BKM Management Consulting was encouraged to see that a Government Agency was ranked as one of the best places to work.  www.bkmmgmtconsulting.com

On the question of agency leadership alone, only 46 percent of agencies saw improvement this year, compared to 76 percent in 2017.

Among large agencies, the National Aeronautics and Space Administration led the pack for the seventh straight year, increasing 0.3 points from 80.9 last year to 81.2 in 2018. The Health and  Human Services Department came in second, improving 0.5 points to 70.9 this year. And the Commerce Department saw a 1.1 point increase, from 69.2 in 2017 to 70.3 this year.

But the Agriculture Department saw a 6.9 point decrease in engagement, according to the Partnership’s rankings, falling to 59 this year, ahead of only the Homeland Security Department among large agencies in overall score. The State Department’s engagement score dropped 3.3 points, from 64 in 2017 to 60.7 this year.

Among mid-size agencies, the Federal Trade Commission led the pack, improving 2.6 points to a 2018 score of 84. The Small Business Administration was tied with the FTC for best improvement, reaching an overall engagement score of 62. Coming in second behind the FTC was the Federal Energy Regulatory Commission, which received a 83.9 engagement score, followed by the Securities and Exchange Commission’s 82.1.

The Veterans Affairs Department was not included in the rankings, as a result of its shift this year from FEVS to an internal employee survey. The department will return to the rankings next year, but it, along with any other agency that does not participate in FEVS, will not be included in governmentwide engagement scores. 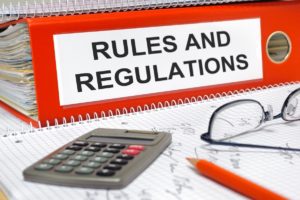 The department will be offering millions of dollars to small businesses able to offer solutions to these 10 tough technical problems.

The Homeland Security Department released a list of 10 bleeding-edge research areas it plans to pursue in fiscal 2019 in partnership with innovative small businesses. Go to : https://www.gsaadvantage.gov/advantage

“The SBIR program provides an opportunity for innovative small businesses to find solutions that meet the technology needs of the department’s operational components and the nation’s first responders,” William Bryan, senior official performing the duties of the undersecretary for science and technology, said in the announcement.

Homeland Security’s SBIR program obligated almost $250 million across 805 awards from its start in 2004 through 2015, the latest year with data available on the www.SBIR.gov  dashboard. The program hit its height in 2006 with almost $29.9 million in funds obligated to 95 projects.

In 2015, Homeland Security’s program obligated $20.7 million to 48 projects. This amount is relatively small when compared to the largest SBIR awarders that year: the Energy Department at $193.6 million, Health and Human Services at $714.4 million and the Defense Department at $956.9 million.

The list for 2019 includes eight topics under the Science and Technology Directorate and two more under the CWMD office’s program.